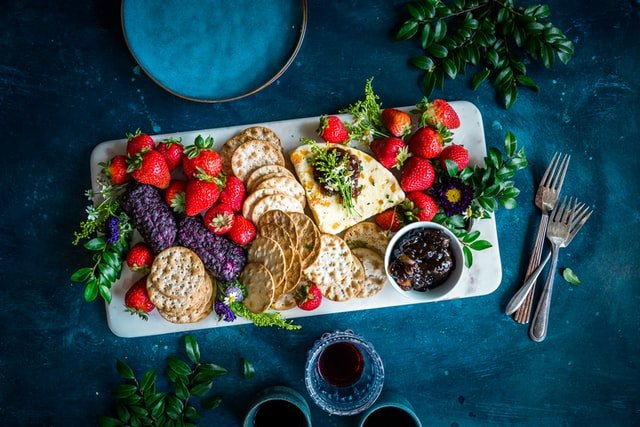 Dukkah is a middle eastern condiment that salsify, coriander and cumin and is delicious with breads such as pita. It’s really easy to make and gives you a taste of the middle east without having to travel all the way there. You can also use it as a spice rub or in salads.

dukkah is a versatile spice mixture made of nuts, seeds, herbs and spices. It originated in Egypt and has been used for generations as a dip with bread, as a topping for fish, or sprinkled on rice or couscous. The word dukkah is Arabic for “to pound,” because the ingredients are traditionally pounded together in a mortar.

The name dukkah refers to the mixture of ingredients; there are many different recipes. Some use hazelnuts and almonds instead of pine nuts; others include cumin and coriander. Most recipes suggest replacing the cumin with black pepper and adding more salt to taste. Some add garlic. The spices may be toasted first to intensify their flavor.

Dukkah is traditionally served with fish such as grouper or sea bass, but it also goes well with chicken, lamb and steamed vegetables such as broccoli or cauliflower.

You can use dukkah on anything! You can use it as a dip or a spread, or sprinkle it on salads, fish, chicken and meat. You can mix a little salt in to create a yummy crust on your steak or even try mixing it with some olive oil to make your own salad dressing.

Taste is subjective but here are some of my favourite ways to use dukkah:

· Sprinkle on sliced tomatoes, feta and rocket before baking for an amazing flavour

· Mix with mayonnaise and use as a sandwich filling

· Sprinkle on roast vegetables such as sweet potatoes, parsnips, carrots, pumpkin and swede for an amazing flavour

· Use in place of salt on popcorn

And remember: you don’t have to stick to the same type of nut each time. Try out different combinations to work out what you like best.

The word dukkah comes from the Arabic word “dukka,” which means to pound or crush. The traditional version of dukkah is made with a variety of nuts, seeds, spices and herbs that are roasted and then ground together. This simple blend of spices is versatile and full of flavor. It can be eaten as is or sprinkled over a plate of roasted vegetables or grilled meats.

Dukkah is a spice blend commonly served with bread, vegetables and fish. It is an Egyptian food that has been passed down from generation to generation.

Dukkah originated in the Middle East and is customary for many meals. This is a common dish among Egyptians and many other cultures in the Middle East such as Israel, Morocco, and Jordan. Dukkah is also served frequently in other Mediterranean countries including Greece, Turkey and Cyprus.

Dukkah is a simple mixture of nuts, herbs and spices. It has many uses, primarily spreading on bread as an appetizer or snack. The spices can be changed to suit different tastes, but the traditional recipe includes cumin, coriander, sesame seeds and sea salt. Dukkah goes very well with falafel or chips. You can also add dukkah to salads, sauces or dips.

Dukkah can be stored for up to a month in an airtight jar in a cool place.

You can find dukkah in most food stores in Israel and some supermarkets abroad, but it is much more fun to make your own so you know exactly what goes into it.

Dukkah is a traditional Egyptian condiment made of nuts and spices. It’s traditionally eaten with bread, as an alternative to butter or margarine.

Dukkah can be made in different ways depending on what nuts are available or preferred. Some recipes use hazelnuts, others almonds or pecans, but pine nuts are the most common. Pistachios and sunflower seeds are also commonly used.

The basic recipe usually includes cumin, coriander, and sesame seeds, along with the nuts. Many variations exist including adding dried mint and dried orange peel, or using different combinations of spices like cayenne pepper, cinnamon, cloves and nutmeg.

Dukkah is very easy to make at home by toasting the spices lightly in a dry frying pan before mixing them with the nuts. It keeps well for several weeks at room temperature, but can also be frozen or stored in an airtight jar.

Unspoken Secrets of the Coffee Industry