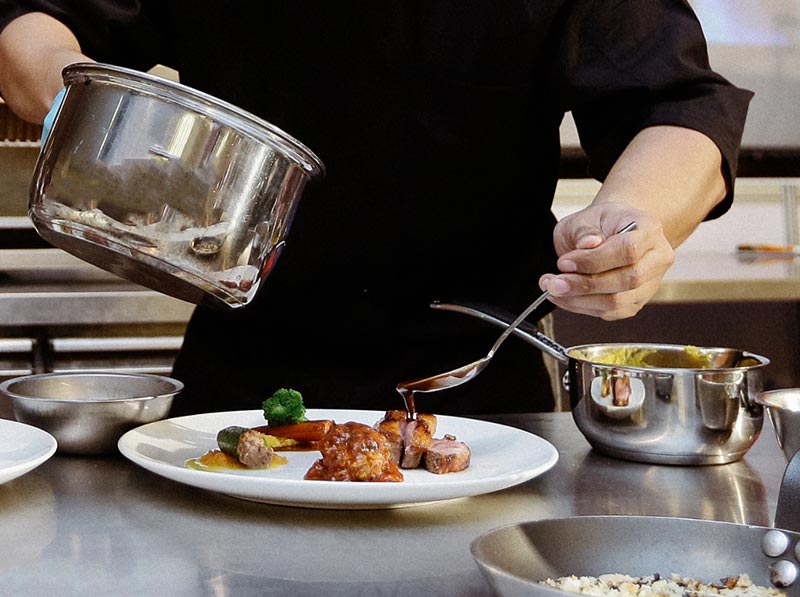 What is Hungarian Paprika?

Hungarian Paprika is a unique spice, and a very important ingredient in many cuisines. It is considered one of the most flavorful and aromatic spices available. Hungarian Paprika is made from grinding dried red peppers, typically not hot chilis. The peppers are grown in various regions of Hungary, mostly in the South and East.

What is Hungarian Paprika? How is it made?

The peppers are picked when they are fully ripe and then dried in the sun. Once dried, they are usually ground into a powder. Hungarian Paprika can also be finely ground or coarsely ground; some varieties of paprika have larger pieces than others.

In Hungary, there are two main varieties of paprika: sweet and hot. They differ mainly in their level of spiciness and their color: the sweet paprikas are less spicy and more orange-red, while the hot ones are hotter with a dark red color. In addition to these two main types of paprika, there are several other varieties that have their own flavors and uses.

How to Use Hungarian Paprika?

Hungarian Paprika pairs well with both meat and fish dishes. It can be used as a seasoning rub for meat or fish before cooking

Hungarian Paprika is the most-used type of paprika in the world.

It’s made from grinding dried peppers, and it’s spicy, rich and complex with a wonderful red color and a distinctive aroma.

It’s used to cook goulash and many other dishes, but also as a condiment on its own or on top of other foods like eggs or potatoes.

Hungarian paprika is popular in European cuisines due to its bold flavor.

But how does it differ from American paprika, where does it come from and what is the process from harvesting peppers to grinding them into the spice?

Let’s look at all these questions in this article about Hungarian paprika.**

There are many varieties of paprika, but the most common ones are sweet and hot. Sweet paprika is mild and has a lovely red-orange color, whereas hot paprika is spicy with a deep red color. Paprika is dried and ground from bell peppers, which is why it has a slightly peppery taste. It’s made from grinding the flesh of the pepper rather than the seeds, which gives it its characteristic flavor.

Paprika is one of the most popular spices in Central Europe. It comes from the fruit of the same name and not just Hungarian but also Spanish and Mexican paprika are used in cooking all over the world today. It’s commonly used to spice up goulash, but it’s also used in all kinds of soups, sauces, stews, meat dishes and even desserts.

There is a type of food described as an acquired taste. Other foods are enjoyed from the first experience. However, there are some foods that require more time to be appreciated and this is very true in the case of hot paprika.

Some people might even detest it at first try, but those who are persistent enough to give a second chance will surely find out that it is something great to be experienced in both gastronomical and medicinal contexts.

The capsicum fruit has been used for centuries by Hungarian and other central European cultures as a spice and as a source of vitamin C. Hungarian paprika was traditionally made into a paste with vinegar, water, or oil. Originally, fish brine was used as a preservative after it was pickled with salt and spices. The fish brine left behind a bright red color that would turn the mixture red when dried.

With time, Hungarians started to use peppers together with cayenne pepper which gave their paprika its characteristic smoky flavor and rich color. They also began using the spicy pods to make their own homemade hot sauce which they called “paprika” or pepper to distinguish it from sweet red bell peppers.*

Paprika is a spice made from dried red peppers. There are different types of paprika, but the most common is sweet paprika. It is made from grinding dried bell peppers and its flavor is milder than that of hot paprika.

Paprika can be used to give color and flavor to many foods, such as deviled eggs, soups, goulashes and sausages. In the United States, paprika is used to season cooked vegetables such as green beans, carrots and potatoes. If you sprinkle it on food right before you serve it, you will get the best flavor.

What is asafetida? Asafoetida, also known as devil’s dung, stink root, jowani badian or Hing, is a resin obtained from the rhizomes of certain plants of the Ferula genus.

The odor of asafoetida is often compared to that of garlic or rotten eggs. The spice is used in cuisines throughout the Indian subcontinent, but it is especially popular in India, where it is frequently used in vegetarian and Lenten dishes.

The spice is also used in some parts of Europe like Hungary and Bulgaria. It is also used as a digestive aid and to treat gas and stomach ache. Asafoetida is an ingredient in many curries and Indian dishes.

In ancient times, asafoetida was thought to be poisonous; the superstition resulted in it being called “the food of the gods.” In fact, this plant has been used for thousands of years for its medicinal properties and to repel insects.

Asafoetida was also believed to be an antidote for poison; if one had been bitten by a snake or scorpion, asafoetida was rubbed on the affected area to reduce swelling and pain.

Asafoetida is a spice derived from Ferula asafoetida, a perennial herb that grows to 1.5 meters (5 feet) tall, with hollow stems. The dried sap of the plant is used as culinary spice in Indian cuisine, where it is known by various names: Hing in Hindi, Urdu and other North Indian languages; Kasoori methi in Marathi; Kasuri methi, Vishnu methi or Parvati methi in Gujarati; Daha in Rajasthani and Nepal; Pyaazee ka atta in Punjabi; Tsiafouti or Zitaki in Greek, Turkish and Cypriot cuisine; Kasmiri in Kashmiri; Kewra guda in Telugu; and Hing or Saagu paayar in Tamil.

Asafoetida is a key ingredient of many Indian dishes. The Romans used it widely to disguise the taste of rancid meat and make stale bread seem fresh. It has been mentioned as an ingredient of Roman soldiers’ rations. In the Middle Ages, European cooks used it as a substitute for expensive spices.”

The Best Bagel Seasoning Ideas Are Just a Touch Away