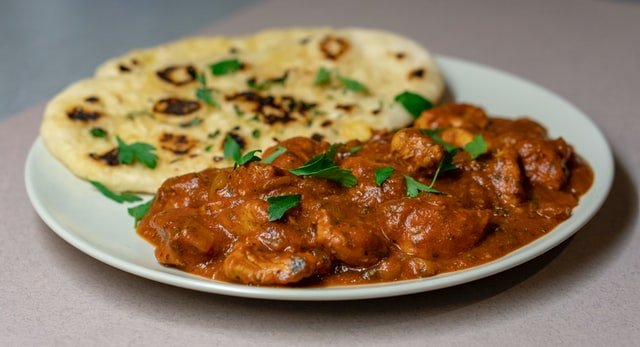 Steak seasonings are just a fancy way of saying seasoning blends. They are blends of herbs and spices, most often containing salt, pepper, paprika, garlic and MSG(monosodium glutamate).

There are thousands of steak seasonings available today and they come in all shapes and sizes. You can buy them in bulk as a dry blend, or pre-mixed up in a bottle with a brush to apply it. There are even automatic dispensers that will squirt the right amount onto your steak as it passes over a grate.

Taste is an acquired sensation; some people just can’t appreciate the subtle differences between one type of steak seasoning and another. The scope of taste is much different than what we see through our eyes. When you look at a red apple, you can tell it is red because your eye is taking in the light that bounces off it. But when you taste something sweet, you don’t see anything happening; there is no light bouncing off the sweet taste receptors on your tongue. Taste is a chemical process that happens when chemicals from food mix with other chemicals from your saliva and get sent to your brain through nerves in your mouth.

Steak seasonings work by altering the electrical charges on the surface of proteins called amino acids.

The popularity of steak is no doubt due to the fact that they are delicious and can be prepared in a variety of ways. While some methods of preparation require minimal seasoning, others benefit from more. Here are just a few steak seasonings that you can use to make your steaks the best they can be.

Tenderizer: A good tenderizer will break down the tough connective tissues in a steak and make it more palatable. Some people even add it to ground beef to give their burgers a better texture.

Salt: Salt is the traditional seasoning for steaks, and for good reason. It’s believed that salt was first used by ancient man as a meat preservative, but over time it became clear that salt enhances flavor as well. Be sure not to over-salt though or your steaks will end up too salty.

Natural Extracts: Natural extracts like garlic and onion are popular steak seasonings because they can enhance flavor without being overpowering. They also have the advantage of being inexpensive and easy to store.

Herbs: Herbs like rosemary, thyme, basil, marjoram and oregano are commonly added to steaks because they provide a fresh taste that goes well with meat and can make your dinner taste

Steak seasoning has been around for centuries, and the trend never seems to die down. From seasoned salts to steak sauces and the new hot thing in steak seasonings, the steak rub is here to stay. It’s a great way to add flavor to your favorite cut of meat, and it doesn’t have to be so complicated.

You probably already have all the ingredients in your home right now; if you don’t, they can be purchased at any local grocery store. Salt and pepper are used as the base for any good steak seasoning. Both ingredients are necessary for a tasty meal that’s guaranteed to please even the pickiest eater. Salt helps bring out the flavor of the meat by drawing moisture from the cells when it is applied before cooking. Pepper works in a similar way: it opens up the pores of the meat, helping it to absorb seasoning better.

The next ingredient in most steak seasonings is garlic powder or garlic salt. Garlic, like pepper, works by opening up pores in the meat; as well as adding an extra layer of flavor that can’t be matched by regular table salt or pepper alone. You can also add other spices such as paprika and onion powder if desired, but not everyone has these items on hand all of the time.

All seasonings actually start off as spices. Spices are different from seasonings because they contain all of the essential oils, which is what gives them their flavor. There are five primary flavors that we associate with spices: sweet, spicy, salty, bitter, and umami (which is savory). When you eat a steak with salt and pepper on it, you’re experiencing all these different tastes at once.

The process of creating a seasoning starts off by drying the spice in a hot air oven. This process concentrates the oils in the spice, which is then mixed into a powdered form that contains no moisture at all. Salt is then added to the mix to create a simple steak rub. If you want to make your own steak rub, you can use any spices you like to create variations on this mix.

The next step up from a basic steak rub is called an “enhancer”. Enhancers are made by mixing certain salts with natural sugars found in plants to create compounds that enhance your perception of certain flavors in food. The most common enhancer used on ste

Steak Seasonings are blends of seasonings, used to add flavor to foods. The most common type of seasoning is dry rub. Dry rubs are made from a variety of herbs and spices that have been ground or crushed into a fine powder. These ingredients are then sprinkled or rubbed onto the surface of food. Wet rubs are similar to dry rubs, but the spices are mixed with a liquid before being rubbed onto the surface of food. The wet ingredients infuse the meat with flavor by allowing the juices in the meat to mix with the spices.

Steak seasonings usually contain salt and pepper as primary ingredients, but they also include other ingredients that give different tastes to the steaks.

Seasoning affects many aspects of flavor including:

1) How quickly a steak loses moisture and dries out after cooking.

2) How salty it tastes, both during cooking and afterwards.

3) How hot it tastes, in both spicy and nonspicy forms.

5) Whether or not it has any other unique flavors such as smoky or caramelized tastes.

6) How juicy it is after cooking (

You may have heard that salt and pepper are the only seasonings you really need for a steak. That’s because most of the flavor, or “umami,” in steak comes from a protein called myoglobin, which is why it is red meat. And myoglobin tastes salty.

Taste receptors on your tongue can detect five basic tastes: sweet, sour, salty, bitter, and umami. Umami is the taste of proteins, which are found in red meat, cheese and many vegetables like mushrooms and tomatoes.

The umami taste is what makes hot dogs taste good and is also responsible for the “fifth flavor” in Asian cooking (along with sweet, sour, bitter and salty). It’s what gives parmesan cheese its kick and helps make fish sauce an important ingredient in Southeast Asian cuisine.

Because umami makes such a tasty contribution to the flavor of steak, you don’t need to add much seasoning to it. In fact, one of the problems with many steak sauces is that they’re too heavily seasoned — salt isn’t used just to make food taste salty; it brings out all the other flavors too!

In addition to adding flavor to steaks, salt can help tenderize them by breaking down some of the muscle fibers (my

When you cook meat, the meat proteins become denatured. This means that the long chains of amino acids lose their shape and the proteins unfold to a more random structure. This is what makes meat cooked at high temperatures rubbery. It’s also what makes meat taste cooked.

Taste is largely about how amino acids and other chemicals in your mouth react with one another. The bitterness you perceive in coffee or broccoli comes from compounds called quinines reacting with amino acids in your taste buds. When you cook meat to a high temperature, its denaturing changes the taste and gives it that cooked flavor we all know so well.

When you add salt to meat (or any food, really), it raises the temperature at which the protein unfolds by blocking some of the water in your food so that less energy is needed to start a chemical reaction. So if you add salt to a steak before you cook it, cooking will only need to go as far as this new lower temperature for the protein to unfold and give the cooked flavor we expect. This is why adding salt will help keep your steak from being rubbery.

But there are other proteins besides myosin and actin in meat. The same trick of salt will work on them too, which explains why

Is Coriander A Cilantro? A blog around the use of the product.