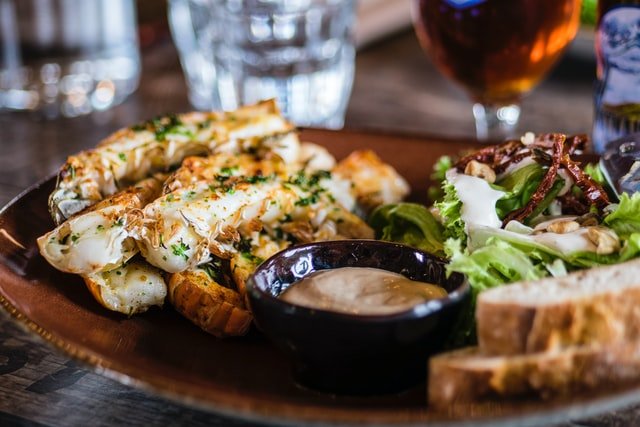 I have started a new site where I am listing the many different ways to use saffron. The goal is to help people use saffron to its fullest potential and to help them find the least expensive sources of saffron.

Chicken in Saffron-Tomato Broth: A recipe to help make your saffron go further.

2 tablespoons oil of your choice (I used hazelnut oil)

salt and pepper to taste (I used sea salt, freshly ground black pepper and a pinch of cayenne pepper)

1 bay leaf, crushed between your fingers or torn up by hand. If you don’t have fresh bay leaves, use dried ones. If you can’t find dried bay leaves, skip them. You’ll just end up with an herbier broth. That’s not bad; it’s just different. And no one will know it was supposed to be bay leaves

Saffron is one of the most expensive spices, but it has a way of making itself go a long way. The trick is to add it at the end of cooking, so that its flavor permeates the food without much of it being absorbed into the broth.

It’s especially good with chicken, and also with seafood. So if you’re using saffron in a fish soup or paella, this would be a good time to use it up.

Fish soups are also great ways to use up leftover seafood, including any bones from the fish you fried or grilled. I’ve used this recipe to turn the remains of an expensive recipe for baked salmon with tangerine and ginger into a delicious soup for about $4. It’s easy to add vegetables like peas or corn during cooking as well, which will stretch out your saffron even further.

Tastewise, this is somewhere between a Turkish lentil soup called mercimek çorbasi and Italian pasta e fagioli (pasta and bean soup). The tomato makes it closer to pasta e fagioli; the saffron makes it more interesting than either one.

Salt and black pepper to taste

Directions: Heat the oil in a large pot over medium-high heat. Add the chicken pieces and cook until browned on all sides, about 10 minutes. Remove with a slotted spoon and set aside. Add the onion and saute until softened, 5 to 7 minutes. Add the garlic and saute until fragrant, about 1 minute. Season with salt and pepper. Return the chicken to the pot and pour in enough water to cover by about 1 inch. Stir in the saffron and bring to a boil. Reduce heat, cover, and simmer until the chicken is cooked through, 30 to 40 minutes. Sprinkle with salt and pepper; add more if necessary. Pour in the wine

Saffron is one of the most expensive spices in the world, but a little bit goes a long way. A few threads of saffron are enough to flavor your broth, and the saffron will add golden color to your meal.

If you have any leftover saffron from other recipes, or if you’re tired of throwing away unused strands of saffron that come with your dishes, this easy recipe will help you get more mileage out of your saffron strands. All you need for this recipe is chicken broth, tomatoes and olive oil.

Saffron chicken broth is delicious served over any type of rice or couscous. You can also serve it on its own as a light soup or dip it bread. Here are instructions for the recipe:

Salt and pepper to taste

Step 1: Pour the olive oil into a saucepan and heat at medium-high. Add the diced tomatoes. Cook until they start to soften, about five minutes. Season with salt and pepper.

Step 2: Add the saffron threads and bring to a boil. Add the chicken broth,

One way that I avoid wasting saffron is by using it to flavor broth for chicken or seafood. It doesn’t matter if you don’t use much of the spice in this dish, because the flavor will permeate the rest of the dish through simmering and will not be overpowering.

This recipe calls for mussels, but you can substitute clams or squid. If you don’t want to serve it with rice, you could serve it on toast points or as a sauce over scallops or shrimp.**

Saffron is one of the most expensive spices in the world. It’s also one of the most versatile natural dyes, lending a rich, golden color to everything from paella to chai tea. To many people, saffron is synonymous with luxury.

But saffron’s high price tag doesn’t necessarily mean it’s hard to use. The way you prepare and cook with saffron can affect how much you use, and how much you end up paying for a dish.

In some dishes, as little as a pinch of saffron threads may be enough. But if you’re using powdered saffron, beware: A little goes a long way. Generally, one gram of powdered saffron will flavor 4 cups of liquid or about 8 servings of a soup or stew when mixed with 2 cups of water or stock.

In other recipes (for an omelet, for example), a small amount of liquid is added directly to the egg mixture using just enough water or broth to allow the egg yolk and white to combine smoothly. The key here is not quantity but consistency; add too much liquid and you’ll end up scrambling your hard-boiled eggs instead of omelets.

If you’re going to buy saffron, the best way is in bulk. Buy it when it’s in season (which is summer) and at a local spice shop or grocer that sells many different spices rather than a big supermarket. This way you can see what you’re getting.

The Advantages of Porterhouse Steak Over Other Steak Cut

Top Tips when Traveling to India