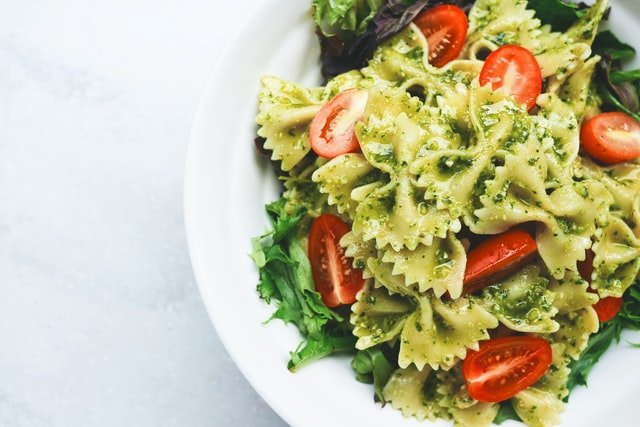 I was reading a post on a blog by a fan who had gone to a concert and realized that the same thing happened at the convention I went to this weekend. “X marks Y” is my shorthand for the realization that you have seen two different versions of something, one familiar and one not, and suddenly you can see how they are related.

The first time, when I read the post, I was all like “Oh! Right! That’s what it’s like!” but now that I’m writing it I can’t remember what either experience was, or even where they were. They might have been the same event. There might have been more than two of them. They might have been a mix of music and sci fi or cooking and knitting or whatever else I’ve tried to keep straight in my head over the last 15 years.

I don’t know why there are so many fandoms, but I know why there are so many communities around hobbies: because people want to try out new versions of themselves in different circumstances. That sounds like a big word for something obvious, but it isn’t really. When you go to an event where everyone is doing something you’re interested in, you get to try out a new version of yourself with access to resources

It started in a hotel lobby. The first time I ever saw the name X Marks the Spot was on a T-shirt worn by someone I had never seen before, who was not wearing his shirt in a way that made it clear he was aware of what the words on it meant. It turned out he wasn’t from my city; he was just visiting for the weekend.

I had to find out what this meant.

Going to a convention can be like going to a foreign country, where everyone around you is speaking and behaving in ways that make no sense, and you have no idea how to behave yourself or even how to ask for directions. And I’m not just talking about the accents. I mean the very idea of what’s happening makes no sense. What is this? Why am I here? What do these people want from me?**

Anyway, after my first X Marks the Spot encounter, I found a fellow fan who had also heard of but never seen this mysterious phrase (the sort of person one finds if one looks hard enough), and we decided to go ask someone wearing an X Marks shirt where it came from. This turned out to be a good decision, because she didn’t know either but knew someone who did.

For this assignment, you should select two subjects, preferably but not necessarily fandom related and write about a time you discovered them. You will consider your selection from the perspectives of both Entertainment and History.

**The Entertainment perspective asks you to analyze what aspects of the material, whether it be music, film, television, literature or anything else can be considered entertainment.**

**The History perspective asks you to research what historical events may have influenced the creation of your selected material.**

*Entertainment value: The first thing that stands out about this piece is that it is not in any way focused on one particular fandom or piece of media but rather an overview of how two fandoms changed your life. I appreciate the thought behind this piece because it gives a nice touch to the assignment and allows students to relate to their own experiences with media instead of forcing them onto a specific fandom or subject. **

*Historical value: While I don’t feel like this research went as in-depth into history as some others, I do appreciate how they were able to link historical tragedy and triumph with media that they liked. This is a unique take on “history” and one that more people should pay attention to when approaching history as a whole.*

The weekend I was fourteen, I went to Chicago to attend my first Star Trek convention.

I’m not sure why I went. My family wasn’t a sci-fi family; my mother was never into the original series and my brother and I had caught the bug from watching reruns on Nick at Nite. But neither of us was really into it. I’d only seen some of the movies (The Wrath of Khan, First Contact), and I hadn’t read any of the novels or short stories that were available in paperback at the time.

I didn’t even know who most of the people who were going to be there were; I knew there’d be William Shatner and Leonard Nimoy, but that was about it.

For a few hours, though, I got to feel like a real fan. I bought two books and some magazines, had my picture taken with Shatner and Nimoy (who were both quite gracious to me), sat in on a panel where some of the original writers talked about their experiences working on the show, and listened to Shatner recite poetry from memory (an ability he’s always been known for).

The whole experience was great fun, if a little overwhelming for a fourteen-year-old girl who

My first convention was in 2000, when I traveled from my home in Texas to Austin, TX for the now defunct Animazement. The con was held at the Hyatt Regency, which I had never been to before.

I remember walking into the main lobby and being floored by how many people were there for the con. Even though I had been going to anime cons for about 5 years at that point and this was a smaller con (maybe 3-4K attendees) it was still much larger than anything I had ever experienced before.

I remember walking around with one of my friends and we saw someone who looked familiar but we couldn’t place them. We asked who they were and they told us that they were a voice actor and then proceeded to list their credits which included Full Metal Panic and Outlaw Star!

I still remember that feeling of being starstruck by an anime voice actor while at what felt like MY CONVENTION! It was so exciting!

Some things have changed since then, but some things have stayed the same. The excitement of meeting people you admire is still there, as are the long lines for autographs/photo ops/etc., but it’s also just as fun to get to see many new people who are excited

I went to a convention once. I went with my dad and it was the first time I ever met a celebrity. I was in love with this celebrity and she signed my t-shirt and drew a little heart on it. My parents were impressed, but they didn’t know who the celebrity was.

I don’t remember what else we talked about that night, but I do remember thinking how awesome it is when you get to go somewhere and meet people who you only know from their movies or tv shows or music.

The first time I went to a concert, it was for the Dave Matthews Band. It was in 2006, at the Xfinity Center in Mansfield, Massachusetts. At the time I was an undergrad; my friends and I drove up from Providence.

The concert was unforgettable but not in a good way. We were packed like sardines on the lawn, with no room to dance and little room to breathe. The band was so far away that you could make out which specific instruments they were playing but not their faces. We had tickets for the lawn because we didn’t plan far enough in advance to snag tickets for anything better. It was a hot day, and then it rained a bit; there were no tents or coverings of any kind, and we were stuck out there for two hours waiting for them to play.