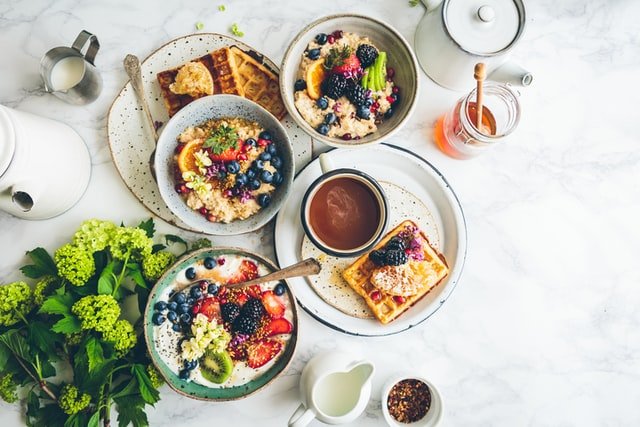 Star anise is a spice in the family of Annonaceae with a fruit similar to a small, smooth-skinned brown nut. It is native to China and cultivated there and elsewhere in Asia and the Mideast.

Star anise contains anethole, which gives it its characteristic flavor and fragrance. It is also high in essential oils, sesquiterpenes, and antioxidants. Its main use is as a spice in cooking; it is also used for its medicinal properties.

The fruits are harvested just before ripening and dried for use as a spice. In Chinese tradition, it is used for dyspepsia, colic, carminative, stomachache, flatulence and vomiting associated with colds and flu. In Japanese tradition, this herb is used for colic associated with colds and flu; indigestion; nausea; chills; headache; fever due to colds or flu; bacterial infections of the respiratory tract such as bronchitis or sinusitis; toothache (applied topically).

Star anise is spice that is mostly used in Chinese cuisine, but also used in the Middle East. Indian cuisine also uses it. It is a small pod shaped like an eight-pointed star. The flavor resembles anise and liquorice.

Taste: Star anise has a strong and slightly bitter taste. When eaten whole, it tastes similar to fennel or liquorice. It has a sweet smell and a warm and bitter aftertaste.

Uses: Star anise is used as a spice in many dishes in Chinese cuisine and European cuisine. In Chinese Five-spice powder, it is one of the ingredients that make up the blend. This pan-Asian spice mix is used in many types of meat dishes, but also in some vegetable dishes.

Star anise tea is made from ground star anise. It can be sweetened with sugar or honey, or enjoyed unsweetened as a hot herbal tea or iced tea during cold weather months.

Star anise is also used for medicinal purposes such as aiding digestion, reducing inflammation and pain, and adding supplements to your diet as it contains calcium, potassium and magnesium among others.*

Side effects:      *Side effects are rare but may include headaches, upset stomach

Star anise is a spice that comes from a small evergreen tree that is cultivated in China, India and Vietnam. It has been used for centuries as a medicine and flavoring agent.

The plant’s fruit looks like a star and it has eight points. It is dark brown in color and can be used whole or ground into powder form. The seeds inside the fruit are the most potent part of the plant.

Star anise is used to flavor foods that are Asian in origin such as Chinese chicken dishes, pork, beef and fish recipes, Indian curries and some Italian food. It is also used in soups and other recipes that call for beef broth or chicken broth to give them a sweet taste.

Star anise contains certain chemicals such as anethole, linalool, and estragole, which have analgesic properties. Analgesic refers to painkilling drugs. This means that star anise can be used to help relieve pain caused by arthritis, muscle aches, rheumatism and toothaches. Star anise oil may also have anti-inflammatory qualities.*

Star anise is one of the most popular ingredients in Chinese cooking. In fact, it is a spice that is used in almost every Chinese dish.

In English, star anise is also called Chinese star anise, badiana and Illicium verum. It is native to South East Asia, but it is cultivated throughout China and India.

Star anise is a small tree that grows to about 3 meters tall. Its leaves are dark green or glossy and compound. The plant produces small white flowers with five petals that have a brown colored center.

The fruit of the tree is what we know as star anise. The fruit has a brown colored husk that contains numerous dark brown seeds that look like stars. This is why the spice gets its name from the Latin word “stellatus” which means “star-shaped.”

These seeds are not true stars, however; they are more like a cross between stars and nails (see image below). The star shaped seed comes from a flower similar to those of magnolia trees and dogwood trees. These flowers develop into fruits that eventually turn into the characteristic star shaped seed pods when they ripe.

Star anise can be used whole or ground up into powder form to flavor your favorite soup,

Star anise is a spice with a licorice-like flavor, and is one of the ingredients in five-spice powder. It is also used to make medicine. It has been used in traditional Chinese medicines for thousands of years. Star anise may help with stomach problems and may help fight bacteria.

Star anise is a spice commonly used in Chinese five-spice powder. It is also used to make the drink called anisette. Star anise looks like a star and its seeds look like seeds. It has a licorice flavor and it is used in both sweet and savory foods.

The most common way to use it is in Chinese five-spice powder, but it can be found in many different Asian cuisines, including Indian and Thai food. The seed itself tastes like licorice and can be chewed on its own or added to tea.

Star anise can be found whole or ground in grocery stores. It is available year-round and it is usually stored in the dried form, though it can also be found fresh or frozen.

Star anise is a spice that is used for seasoning purposes. It is mostly used in desserts and sweets. As its name suggests, it has an eight-point star shape. The tree from which this spice comes from is small in size and grows to a height of about five feet. Even though it looks like a tiny fruit, it is actually a seed pod that grows on star anise tree. This aromatic spice has been in use since the ancient times and was first used during the Chinese period. It has been used in perfumes as well as potpourri, especially in China.

Tendli or star anise is known by many names such as badian, Chinese anise and Illicium verum. This plant belongs to the family Illiciaceae that also includes magnolia trees and kumquats. These trees are native to Asia and can be found growing in Vietnam, Japan and China in abundance.

How a Pepper Grinder Can Improve Your Home Decor