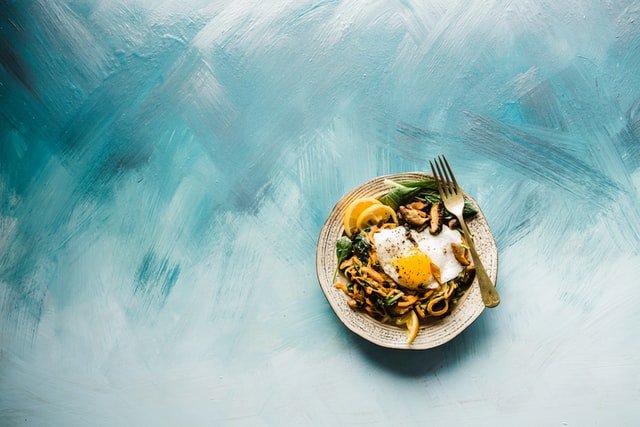 Sweet paprika is a spice that is important to Hungarian cooking. It is also known as “Hungarian paprika.” Hungarians claim it originated in Hungary and is the best type of paprika. The word “paprika” comes from the Hungarian word for pepper. Sweet paprika can be mild or spicy hot, depending on the level of spiciness that has been added to it. It is made from grinding peppers that have been dried.

Sweet paprika is used in many kinds of cooking, but it is most popular in Hungarian cuisine, where it is used to make goulash, which is a stew with meat and potatoes. Hungarians also use sweet paprika in chicken dishes and stews, appetizers and salads. Ground sweet paprika can also be used as a rub for meat or poultry. Sweet paprika can be used to add color to food, as well as taste.

Sweet paprika can turn a boring dish into something delicious.*

Sweet Paprika is a spice that seems to be widely used in gourmet cooking, but it has been rarely featured on the food blogs. This is a real shame because this spice is so versatile and delicious that I think it deserves a place of honour in the pantry of any passionate cook.

Taste of Hungary sweet paprika is a bright red color which makes it stand out from other dried spices. It is made from peppers and goes well with a variety of foods, from seafood to chicken and from pork to beef. The best part about sweet paprika is that you can add as much or as little as you want. Unlike other spices, for example cayenne pepper, which will give food a strong spicy taste if too much is added, sweet paprika does not have this drawback. A little goes a long way!

This spice tastes great on its own and goes well with various sauces, dressings and marinades. It can add flavor to soups or be used as a rub for meat or poultry before grilling or roasting. It can also be mixed with sour cream or yogurt to make an amazing sauce for baked potatoes or mixed with mayonnaise and served on sandwiches in place of ketchup!

I love sweet paprika so much

Sweet paprika is the most underappreciated spice. It is a sweet, smoky and earthy spice with a hint of cinnamon. Paprika is made by grinding dried peppers into a fine powder, usually with the seeds and husks included. But commercial paprika is usually made from sweet red peppers that are ground whole, which means the seeds and husks don’t get strained out and the final product isn’t as flavorful.

Sweet paprika can be made from any kind of pepper; it simply refers to a pepper that has been dried and ground into a powder. However, most commercial paprika sold in grocery stores is made from mild red peppers; this type of paprika doesn’t have much flavor because it lacks the flavor of the seeds and husks.

I like to use Hungarian sweet paprika because it is one of the best kinds I’ve tried and it has a rich, bold taste that goes well with other ingredients. It adds depth and smokiness to dishes without being overpowering. I also like that it doesn’t have as much of an acidic taste as regular paprika does; sweet paprika seems to have more natural sweetness than regular paprika.

Sweet paprika is a kind of pepper, not a spice. It’s used in a lot of cuisines and it has its own unique flavor. Sweet paprika is mildly sweet and earthy, but it has smoky notes as well. It has a somewhat tangy flavor with mild heat. Sweet paprika can be used in so many dishes, such as soups, stews, meatloaf, cakes, sauces and more.

You will find that sweet paprika can be used to make your food taste better just by adding a bit to the recipe you are cooking. It’s important to know what type of paprika you’re using because not all sweet paprikas are created equal. For example, Hungarian sweet paprika is made from peppers that are dried by smoking them over an open flame before they’re ground into powder or flakes. This produces a smoky flavor that is not found with other types of sweet paprika.

Sweet paprika should be used sparingly because it can easily overpower other flavors in your dish if too much is added. If you like spicy foods and want extra heat in your dish, add some cayenne pepper to it for some extra spice instead of adding more sweet paprika directly to the food itself.*

Few ingredients are as simple as sweet paprika, but few need your attention as much. Sweet paprika is the dried, ground fruit of a plant called Capsicum Annuum. It’s grown in several countries around the world, including Spain, Hungary and Holland.

Sweet paprika was brought to Spain by the Moors centuries ago, who found that its earthy flavor and slight spiciness complemented their cuisine well. Spain still leads the world in producing and consuming sweet paprika. In fact, it accounts for 90% of all paprika production worldwide.

From its humble beginnings in Spain, however, this wonderful spice has found itself a place in cuisines from all over the world. Despite its name, it is not particularly popular in Hungary or Poland – where it is more commonly known as “paprika” – but it does appear in Hungarian recipes from time to time. Turkey makes extensive use of paprika in its cooking; so much so that many refer to the spice simply as “turkish pepper.”

Paprika is a spice made from grinding and blending dried fruits of the Capsicum annum plant. The spice is prepared in a variety of ways and it is commonly used in cooking. Sweet paprika is the form most often used in European cuisine, while hot paprika is used more often in Asian and Latin American cuisine. Paprika is used to flavor many dishes such as goulash, (beef stew), stews and some sauces.

Sweet paprika has a distinctly sweeter flavor than hot paprika. It also has a rich red color and an aroma that complements vegetables and egg dishes. You can substitute one for the other but there are distinct differences between the two flavors.

Taste the difference for yourself by making this recipe for sweet paprika pork tenderloin with roasted sweet peppers and onions:

This is a very simple recipe that I have created recently, which is based on the traditional Croatian cuisine. It’s very easy to make and it doesn’t take long either. After a long day at work, this dish can be ready in just 20 minutes! It’s also a great dish if you want to try something new and don’t have much time. And the best thing about this recipe is that it’s very cheap. I think you’ll love it.

I know that most of you will say it looks boring, but trust me, after you cook it, you’ll love it. It goes great with mashed potatoes and vegetables or any other side dish you want to eat with it. This dish is perfect when you want to prepare something delicious but don’t want to spend a lot of money on ingredients. You can also use chicken instead of pork meatballs, which is great if you’re not a big fan of pork meatballs or if they don’t go well with the rest of your meal.

I hope you enjoy my recipe! Try out my other recipes as well!

Spices have a unique flavor and aroma, unlike other ingredients in your recipe.

Homemade Fajita Seasoning — The Easiest Way to Spice Up Your Life